Music Library Epidemic Sound have had a huge amount of composers up in arms about it’s business model, saying how writing for them could seriously destroy an up and coming composers career. Epidemic’s co-founder and CEO, Oscar Hoglund, says Epidemic’s biggest creators make “”tens of thousands of dollars per month” with them.

In this post, we’ll uncover what both sides are saying and whether, as a composer or a music producer yourself, you should be considering writing for, or running from, Epidemic Sound.

So should you consider creating music for Epidemic Sound and what’s the big controversy that’s going on around them? Well, let me bring you up to speed on what’s going on.

Who Are Epidemic Sound?

Epidemic Sound are a royalty free music library that have been advertising heavily over the past year or so and aggressively building their business. They are in a growing market place: With people producing more video content than ever, video creators are looking for soundtracks for their work. But there’s lots of confusion over what music you can and can’t use on places such as YouTube, in terms of copyright, and you risk having your video removed or possibly even a lawsuit, if you get this wrong and violate music copyrights. Royalty free libraries seek to make this easier for content creators.

Now royalty free libraries aren’t new, in fact they’ve been around for quite some time.

For a consumer, purchasing Royalty free music simply means that once you have paid the one-time fee, you can use that music as many times as you want, for as long as you want, without ever having to pay additional money to the licensor. If you are someone who produces music for these libraries, you usually get a share of the sale, each time your track is purchased.

But Epidemic Sound has got a rather big skeleton lurking in it’s closet compared to all the other royalty free libraries. And it concerns something called Performing Royalties. Now don’t let this confuse you, royalty free music is free from the customer having to pay royalties, but, interestingly, the composers can still receive royalties from other places.

Performing Royalties are a lifeline for most composers. Composers join a Performing Rights Organisation (or P.R.O.) These companies, such as BMI and ASCAP in the States, APRA in Australia and PRS For Music in the UK, are simply collection societies. They collect this stream of money from around the world whenever your music is broadcast on TV, Radio, the internet…   …a whole load of places. This is nearly always then split between the music library and the composer. It’s been one of the pillars of music copyright for years and financially supports hundreds of thousands of composers and producers all around the world.

Epidemic Sound don’t allow it’s composers to even be members of a Performing Rights Organisation. This is huge and unprecedented. Why is this so important to factor in as a potential Epidemic Sound contributor? Well, the reason is that, as a composer or producer, you can’t have your P.R.O. collect on some tracks but not others. It’s YOU that is either a member or not, and therefore everything that you create they either try to collect royalties for, or they don’t. Other royalty free libraries allow you to be a member of a P.R.O., even if their music is usually purchased by clients for small projects that might not see any or much in performing royalties at all.

The Two Main Issues With Writing For Epidemic

Here are the two main issues with working for Epidemic Sound and therefore not being a PRO member:

One: If your music does get on TV – let’s say BMW choose the music for their next car ad as a track that you wrote for epidemic sound – what would have normally generated you and the publisher thousands of dollars in performing royalties will get you…   …nothing. Many composers can make a career out of writing music only because performing royalties can be really, really good and support you in those times where you’re looking for your next piece of work, or when your tracks go through a patch of not getting licensed at all. And that happens to the best of us sometimes!

Two: And this is the biggie that the established composers are warning the new guys about – there are many pieces of other work that you probably aspire to as a composer, such as scoring movies, TV shows, and a whole load of stuff in-between, where you need to be affliated to a P.R.O. to do that. I’ve written music for loads of prime time Network TV documentaries for example. And whenever I get a contract, I have to put down my P.R.O. details on the contract. This way the production company get 50% of performing royalties and I get the other 50%. Which can often be more than the fee for the entire show.

Equally, say you make a contact at a different, but really good music library who want you to write some tracks for them to pitch to Hollywood trailers or big TV ad campaigns, you won’t be able to do that, because you’re not a member of a P.R.O.. So writing music for Epidemic Sound might have some advantages (and we’ll go into those in a minute,) but it’s effectively shutting multiple doors to your career as a composer developing in any meaningful way, leaving you with the question, do I want to just be an Epidemic Sound composer for the rest of my life?

The Upside In Writing For Epidemic

So what’s the upside to writing for Epidemic Sound? I have heard rumour that, for more established composers, they’re paying fees of up to $500 per track, and in a 2019 techcruch.com article, Oscar Hoglund, their co-founder and CEO, stated that Epidemic’s biggest creators make “tens of thousands of dollars per month.” Now that is pretty considerable and might well get the best of us thinking, “Fine, I’ll just compose for them then!” The only thing is, when I asked around the people I know, and people they know, we can’t seem to find anyone who’s actually on that money. I’m not saying it’s a lie, I just can’t find them. Want me to find people making six figures a year writing for regular production music libraries – I can find you a bunch of them in no time at all.

Epidemic also say that they give 50% of streaming revenue to the composer. The thing is though, whilst that’s something they should be doing anyway, I don’t think there’s a human on the planet that doesn’t have an idea how poor streaming royalties are these days. Now Performing Royalties on prime time network TV can be in the ballpark of $70 per minute, each time your music is aired on a programme.

Counter that with streaming and this quote from Peter Frampton, where he got $1,700 for 55 million streams of his giant global hit. 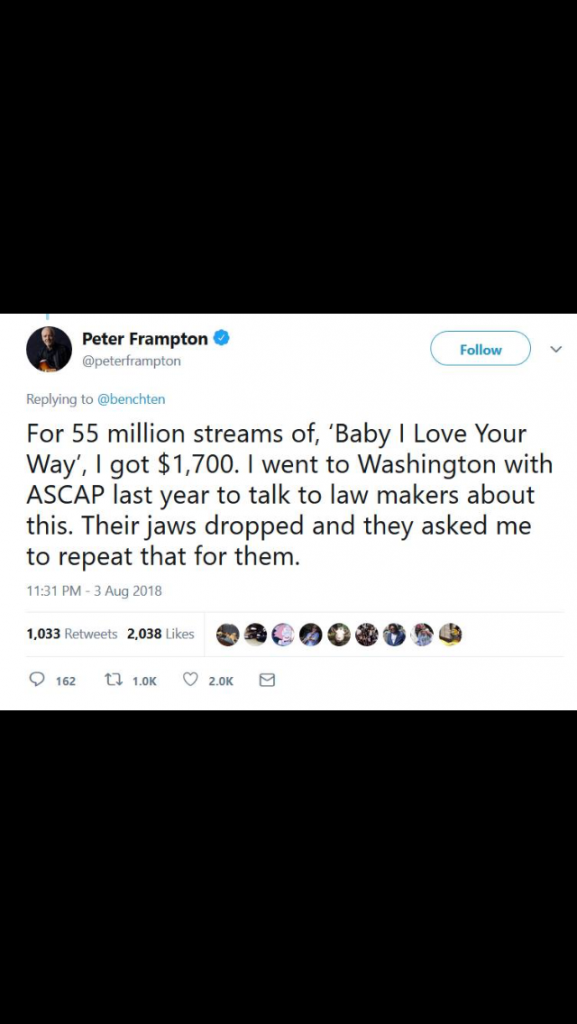 By the way, just for fun, if that track was 3 minutes long and on prime time TV 55 million times it would have generated this:

Now of course that’s silly, because nothing’s ever been on TV 55 million times, but it gives you a point of comparison! 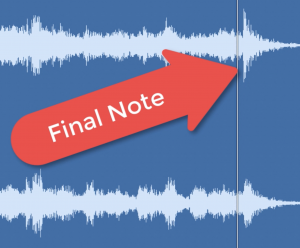