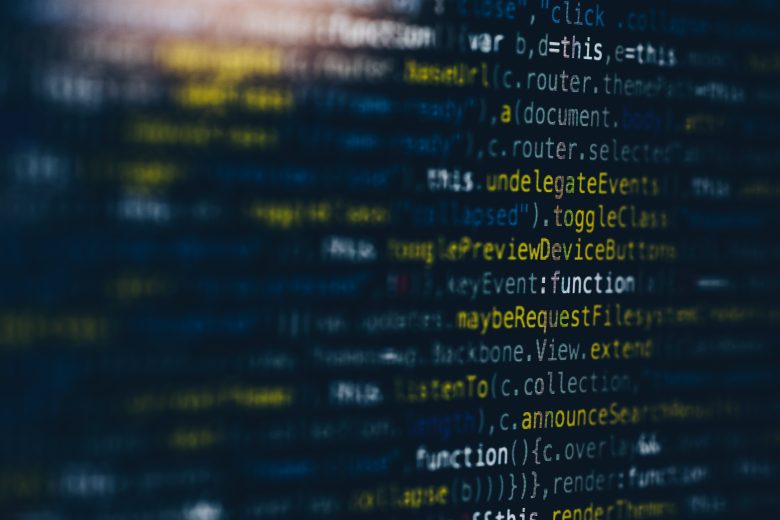 So what is metadata?

Why should you add metadata to your music files?

The most useful thing about meta data is that, as it lives within the music file itself, it will travel around with that file. So if you send your track to a company who might be interested in licensing or signing your track, but that track then gets emailed to another person in that company who is the ultimate decision maker, (or maybe just emailed to someone else on their team for a second opinion,) they still have your details, even if your music track and your cover email get separated.

What kind of information should you add to the metadata for your music?

What information you choose to add can vary based on what you intend to do with your music file. As a bare minimum when sending music files, you should initially be adding the following essential metadata:

*Copyright holders (this will be you and any co-writers if you’ve not signed the track anywhere.)

If your music is intended for music licensing purposes – which just means that you aim to have it placed in a production music library, who will be adding it to their catalogue of music to be used by film, TV and video games producers – then you’ll need a bunch of other metadata information too.

We’ll cover that in a moment, but first we’ll look at the easiest way to add metadata to mp3s..

Tagging metadata to an mp3

iTunes is the easiest way to add metadata to your track. Just select your track and hit “command i”, which opens the information page about the track.

Here you should include the song or track name first of all. Make sure that this is clear and simple, and not a messy import from your music software session titles, such as “Beautiful Moment V7, alt mix, John’s vocals muted”! (Obviously nobody needs to know this or that John never made the cut.)

In the comments box add your name, email address and phone number, including the international code for the country you live in. Also state the you owns the rights to the track by writing something like “All Rights Owned By…” and then putting your name.

Complete the artist and composer fields too. If you wrote and performed the track, you can fill in both fields with your name.

Don’t forget to include any co-writers in the composer field too and it’s best to use your full names. If you’re a member of a performing rights organisation, you could put each composer’s PRO affiliation plus their IPI/CAE number in there too.

If you’re on a windows machine, you can right click an mp3 to get to “properties”, then click on the details tab and add the information in there in the same way.

If there are other things you like to include in your metadata, drop a comment below this video and share what you do with the other music producers and composers watching this video!

Just a note to say that higher quality music files do differ slightly in terms of metadata. Whilst a WAV and an AIFF’s sound quality are the same, some people view AIFF as superior to WAV files, as AIFFs have the ability to store metadata within the file, whereas WAV file metadata works via ID3 tags. It’s worth being aware of, but we won’t go into this here as once you get to the point of being asked to deliver a full quality music file that’s better than a 320 mp3, someone is clearly interested in contracting your track and will tell you what they need in terms of metadata. Which brings us neatly onto our last point…

If you’re sending around music files in general, the above points on metadata should see you good. But as mentioned earlier, quite a lot of metadata is required for a production music library as this makes up the backbone of information of how your tracks will be found by their clients. As such, the easiest way to do this is to create a spreadsheet for your metadata.

Some libraries will add metadata themselves, others will ask you to do it, but trust me, adding these fields to a master spreadsheet as soon as you finish a track will pay huge dividends of time later on, as you can forward this sheet to them at a later date once they show interest in signing your tracks. I’ll also tell you of some neat advantages of doing this later in this video that could help get your tracks signed to a music library in the first place.

So let’s have a look at what fields you should have in your spreadsheet when compiling metadata for music written for production music libraries:

*Edit length. Write the length of the track in minutes and seconds here. You may have other alternative versions that are 60 second or 30 second cut downs for example. We’ll cover those in a second but for now let’s carry on.

*Composer First Names and Composer Last Name. This is you of course, but don’t forget to add any co-writers too. Do this as Composer 2 First Name and Composer 2 Last Name. If your writer name registered with your Performing Rights Organisation is different, add a field called “PRO name”.

*Writer IPI/CAE. Put your IPI number here, which is the same as your CAE number. With PRO and IPI fields, again add additional fields for any co-writer’s details. Essential tip here, your IPI number is often not the same number as the membership number that your PRO give you. Make sure that it’s the IPI, not your membership number that goes down here or it’s no royalties for you later on and no one wants that!

*Album. If tracks are part of the same album, note the album title here.

*BPM. Put the speed of the track in beats per minute here and make 100% sure that this is exact and taken from your DAW session.

*Track Type. Is it instrumental or does it have vocals? Note that by vocals we mean that it’s like a song with prominent sung lyrics as opposed to an instrumental track with some vocal effects or cleared samples, as that would still be considered an instrumental.

*Description. A good way to go about this is to structure it in two parts. Firstly, a brief sentence about the main elements of the track. Then another brief sentence about application. For example, “Distorted, rock guitars over an energetic bass and drum groove. Perfect for determined, powerful applications with plenty of attitude.”

*Instruments. Only include around two or three here. The purpose is to help people searching for music by prominent instrument, not to list every instrument in the track! You could write “Electric Guitars, Band” here for example. Note how it’s ok to have one of these terms as the overall instrumental genre. So here it’s band, but it could say “Strings, Orchestral” if it were a film music type orchestral track which heavily featured strings.

*Soundalikes. Here you could write a few artists that your tracks sound like. Pick artists that are as well known as possible.

*Mood. Write down a few words here that might describe the mood of the track or scene it might be used for.

A couple of notes as well as all that we’ve covered:

You might well have different edit lengths as alternative versions of your tracks, such as a 30 or 60 second version, or a version with no melody. Each of these should be treated as a separate line in the spreadsheet, as they are a separate music file. Label them clearly as separate lines under the main version. So something like Beautiful Moment, Beautiful Moment (60), Beautiful Moment (No Melody). Check that your metadata is still relevant. For example, if you muted the guitars for a cut down version, change any elements that say that version has guitars in it.

Another thing is to always resist the urge to put too much metadata or irrelevant metadata. You want all of this to be thought out and hyper relevant to your music. Remember, anything irrelevant or misleading that you put down is only going to have a music library client reject your track as it’s not what you said it was! It could also lead to a library not wanting to work with you if they think your metadata is compromising the integrity of their search relevancy. I know at the library I run, we get very frustrated with writers who get tag-happy, so please don’t do that with your metadata.

Lastly, whilst there’s no need to include full metadata when you’re just getting a music library to listen to your track for consideration, there is few things I like to read more in a composer email than that they have all metadata done and ready to send should I need it. It also makes a composer look organised, professional and knowledgeable, and that’s the kind of person we want to work with, so it could be something that puts you ahead of the competition!

So that’s metadata covered, but even the best metadata in the world won’t get your tracks signed by production music libraries for usage on film and TV, if your music doesn’t have the right elements and structures in place. So click the courses tab on the top menu for details on getting 3 free lessons from the Library Music That Sells online course. 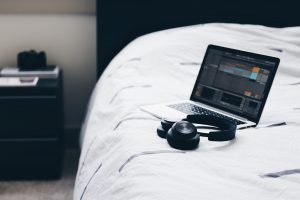 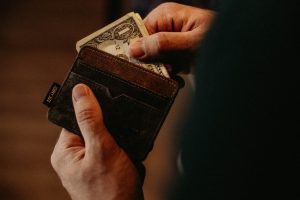 The 3 Rules Of Buying More Gear