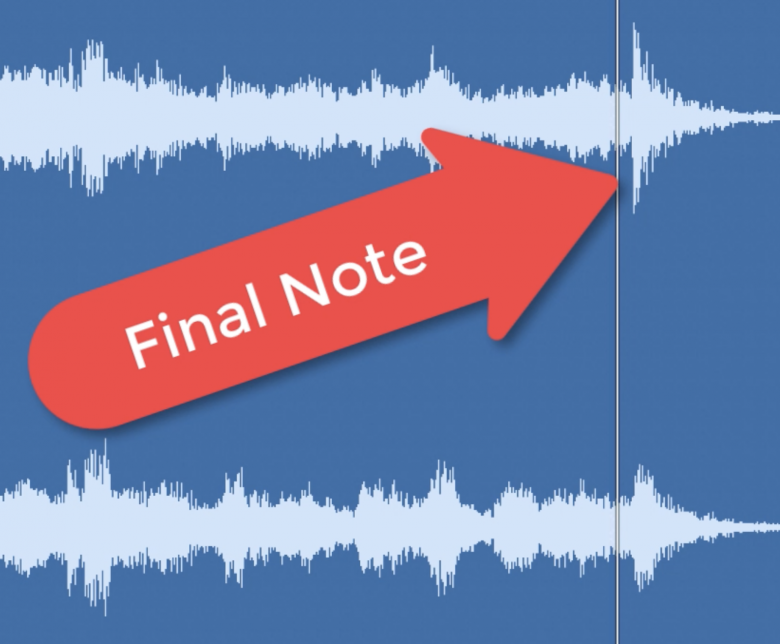 How you end a track is one of the most important and overlooked factors in writing music for film and TV. This video will tell you why ending a track correctly for film and TV is so, so important, the rules to create the perfect finish to all of your tracks, plus you’ll hear advice directly from an award winning TV editor and a very successful library music composer.

Let’s dive into some of the rules around this hugely important element of successful Library Music tracks.

No fade endings. Ever. You should never submit a track to a library with a fade ending. Why? Well, as you probably know if you’re watching this, when you’re writing music for a Production Music Library, you’re writing a stand alone piece of music that an editor for a show can select and cut to the visuals themselves. So given that you can’t know what the editor needs whilst you’re writing the track, you’re looking to give him or her options. If the editor wants a fade end, they can loop another section of your track and fade it themselves. So what you need to give them is the option of a concise ending.

Think like an editor for a second: often the jigsaw puzzle with music is when to start the track and when to end it within the footage. Next time you watch a film or TV show, check out how many times the slam of a car door or other onscreen sound is used to coincide with the end if a track. Ending music without drawing the focus of a viewer is a real art for an editor and they usually want a concise option. I interviewed award winning editor David Fairhead for the Library Music That Sells online course and he himself brought up the importance of endings.

Give the ending a tail. Whilst the ending needs to be concise, let the tail of those notes fade away naturally. You’d be shocked the amount of tracks we receive where we tell people to give concise endings and they give us this:

Check out the example in the video above for an example of this.

Make your ending sound final and complete. Put another way, resist the urge to get clever or too out there harmonically or rhythmically with your ending. An editor is most usually looking for a sense of completion from a library music track ending, so it’s almost always best to go for the 1 chord to finish and don’t try to get too flashy ending stuff with some crazy syncopated rhythms. Remember that the key here is usable.

Let’s move on to our final factor. Less of a rule here and more of a tip and that’s Stinger endings. If you haven’t come across the term stinger before, it’s just a short clip of music that introduces, ends, or links various sections of a show. If you’ve ever seem an episode of Friends, those little 5 second or so pieces of music as a scene changes are stings or stingers.

So to talk to you about the power of stinger endings in the above video is composer Matt Vander Boegh. Matt has written over 4,000 instrumental cues and his music has been placed in shows over 10,000 times.

This very insightful clip is also from the Library Music That Sells online course, and is taken from Matt’s deep analysis of all the aspects of two of his highest earning tracks. In this clip, he breaks down how he uses stinger endings and how they’ve led to an unexpected royalty treat for him over the years.

Check it out in the video!

So there you go: No fade endings, let the tails of your endings breathe, have an ending that sounds final and complete and if possible, use something that can double as a stinger.

So now you know how to end your tracks perfectly, but what are the other elements and structures that editors need in your music, in order to select your tracks for film and TV usage? I’ve put together 3 comprehensive lessons on just that, where you can hear directly from the editors themselves, and these rules apply no matter what genre you write in. You can grab these lessons for free by navigating to the courses tab at the top of this page and then following through to find the Library Music That Sells information page.