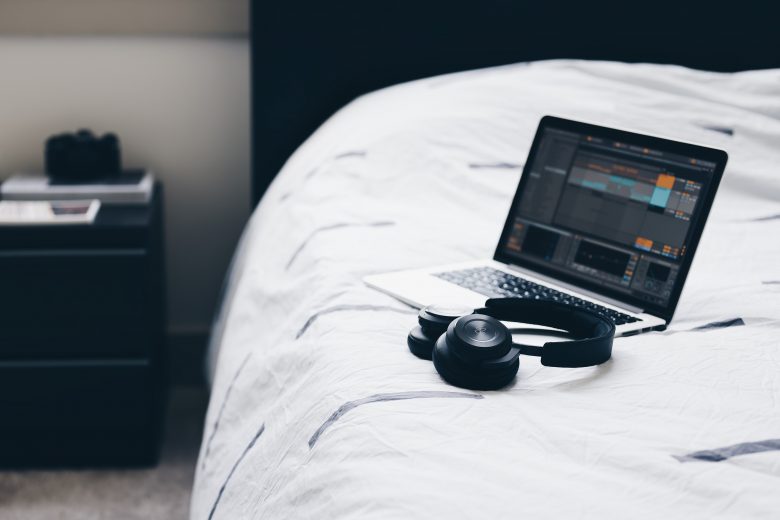 “There’s a secret that real writers know that wannabe writers don’t, and the secret is this: It’s not the writing part that’s hard. What’s hard is sitting down to write. What keeps us from sitting down is resistance.” -Steven Pressfield

Ever found yourself avoiding sitting down to make music, even though you love doing it? Got tracks laying around that you just haven’t finished? Distraction and procrastination hit all composers and music producers. So what can you do to gain traction and get, literally, back on track?

In the current climate of Coronavirus, with the majority of the world sat at home, Vishen Lakhiani (author of the excellent book, The Code Of The Extraordinary Mind), recently polled 900 people on their main concerns.

In first place, with 29% of the vote, were financial concerns. No big headline there. Perhaps more surprisingly though, was that tied at first place with another 29% was “procrastination and the inability to focus”.

Let’s look at some techniques that can help you with distraction and procrastination.

Nir Eyal is the author of Indistractable, a book on how to control your attention. He says that behind everything we do, (and don’t do), is the desire to escape discomfort. Therefore, time management is to some extent, all about pain management.

He notes that there are two types of distraction:

Firstly, those distractions that you can do something about. Social Media. Food. You get the idea.

Secondly, there are those you can’t do anything about (for example, picking your kids up from school, or needing to take your dog outside). For the latter, where they are bothering you, he recommends mindfulness and meditation to get over your potential negative responses and reframe these activities.

For the vast majority of distractions that you can do something about, he suggests the 10 minute rule.

When tempted to a distraction, say to yourself that you are allowed to give in…   …but only in 10mins time.

Research has shown that this works better than abstinence, (especially regarding food and technology, where they’re everywhere!) So set a timer. You can either return to the task you were going to do, or sit with the sensation for a few minutes and get curious. In 9 out of 10 cases you’ll experience the desire of the distraction ebbing and flowing.

Nir suggests using this time to figure out if you are you a “blamer or a shamer” in your mind. Is it Facebook’s fault?! Blamers are powerless. Equally negative though, the Shamer blames themselves. They are a self talk bully. Shame makes you feel worse and more likely to need escape into the distraction. He says you want to be a “claimer”. Claim responsibility not for your urge, but in your response.

Nir points out that procrastination is not a character flaw – everyone has it. It’s just an inability to deal with discomfort, and that we can learn techniques to deal with that discomfort.

Nir suggests “Time-boxing” – scheduling your time in advance – which, he argues, is repeatedly considered the most effective way to avoid procrastination and get stuff done.

Interestingly, he also believes that your to-do lists are probably hurting you. Do items on your to-do list get cycled from one day to the next?! He says that when you make a to-do list and don’t get everything done, you’re reinforcing your self-identity as someone who deems it acceptable to not do what you say you will. You’re breaking promises to yourself.

By scheduling time to take action, but not on completion, you become more effective overall: Studies show that people who focus more on scheduling than completion actually finish tasks more than those who make to-do lists!

Nir says it’s more effective to replace a to-do list with a time-box calendar. There’s a link to one HERE along with more details about how that works.

This post contains affiliate links. We only include links to products we feel are of value to readers. Affiliate links may result in a small amount of money being paid to Music For Income, which we put towards our website running costs.