Can Sample “Mock Ups” Ever Compete With Real Musicians? 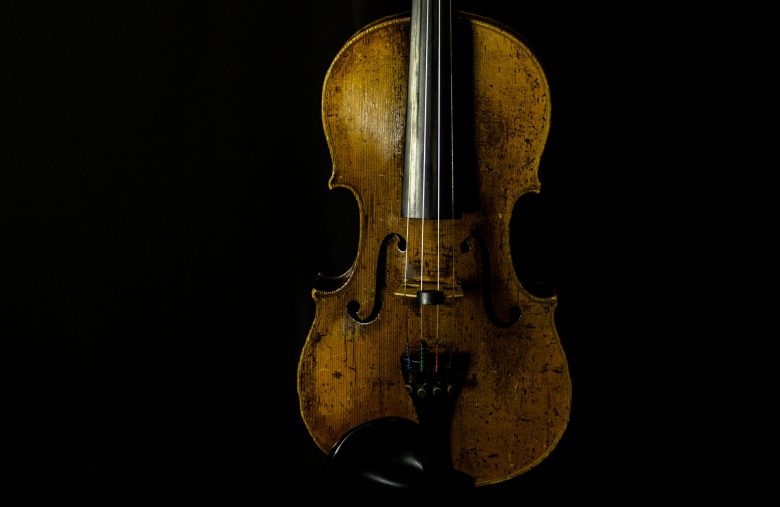 Samples these days are pretty amazing. Over the last few decades we’ve seen huge advances in this area. It used to be that samples were used to create “mock ups” within film and TV soundtracks so that directors could hear what the piece would sound like before the track was recorded by an orchestra. The only other real alternative was illustrated below, with John Williams playing Steven Spielberg his ideas on the Piano. The director would only hear the end result at the orchestral session!

As samples got better, many productions with smaller budgets (usually TV shows, but some smaller films too), realised that the mock up versions were “good enough” and these were used on the final shows, a practice that is still widespread today.

Keep up, mock up.

I doubt there’s anyone out there who would turn down the option of live players on their orchestral score in favour of samples (though many composers blend the two). But can a mock up really compete against the sound of a recorded orchestra? Can you get your tracks licensed on a high level TV show with just samples, especially if you write very orchestrally based music (as opposed to hybrid electronic/orchestral tracks)?

When you push down the keys of your home studio keyboard and trigger that new sample pack you just bought, you are actually playing back a recording of a group of humans playing real instruments. As such, it sometimes makes me laugh when people hear a simple string track (recorded with samples) and test you by saying, “Is this real or not?” Well, either way, yes! It might not be recorded bespoke in your own recording session, but it is a recording of real players.

The factors to whether your mock ups sound amazing or awful and fake are: the writing, the orchestration and the production.

Done well on good samples, these factors can even lead to tracks that trump live recordings. Let me clarify: I’d choose a live orchestra any day of the week, but I’ve heard tracks where mock ups by very talented composers sound better than a live orchestra playing a poorly arranged track.

By way of an example, let’s return to John Williams for a moment. There’s no doubt he is a great composer and orchestrator. When you put his expertly crafted music in the hands of someone who is great at producing mock ups, you get this:

Could you have told me if it’s a mock up or live if I hadn’t already told you?! If we’re talking TV music, I would answer… …who cares?!

So yes, I’ve compared the above with the live recording. And yes, side by side, I prefer the live recording, at least at several points. (Yet at other points, for example the first 10 seconds of the track, there’s no quality difference at all. Yes, they sound slightly different, but one isn’t “worse” than the other.) The point is, this calibre of mock up is good enough quality to go into the vast majority of TV shows and possibly many films too.

If you can get access to a real orchestra for goodness sake, do it! However, when budget prohibits that, samples, produced well with great written and orchestrated parts, can do a phenomenal job.

If you’re looking to get into learning more about orchestration, (the way instruments are used within an orchestra), the book Acoustic and MIDI Orchestration for the Contemporary Composer is a solid start, (those based in the UK, click here).

Principles Of Orchestration is also a classic text on the subject (click here for the UK link.)

Get your music onto film and TV.

If you’re looking for an A-Z guide to getting your music licensed into Film and TV shows, the “Library Music That Sells” course contains several lessons on topics such as making your samples sound more authentic, when to use real musicians on your tracks, (and when not to!), as well as great ways to get world class musicians at affordable rates. Plus I give you my “little black book” of the exact players I use on the BBC scores I write and have arranged exclusive deals if you want to try them out on your own recordings. That and a huuuuuge amount of golden nuggets from Music Library execs, Emmy nominated film editors, (who put your music to picture day in and day out) and six-figure-a-year Library Music composers.

All this and plenty more on how to get your tracks signed, licensed and earning you royalties from placements on TV shows and Films.

If you want to learn more about the Library Music That Sells course, sign up for 3 free lessons via the “Courses” tab above. Already seen these lessons but got some questions on whether the course is right for you? Drop us an email, (following address separated to avoid spam – join it all up to email!!) info @ musicforincome .com  . We’ll help you out, but never pressure you, because that sucks!

*This post contains affiliate links where the author may receive a small commission on recommended products.*